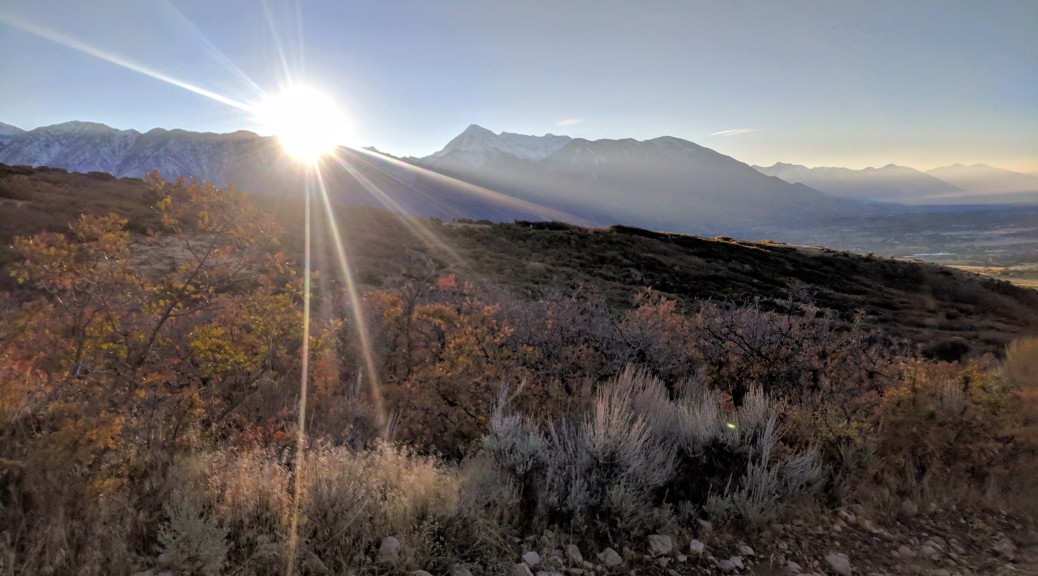 Spent too much time browsing potential races on Ultrasignup. Definitely hooked on the rush of signing up for another race. It’s great to have a race to look forward to, but my wallet hates it. I had seen the race, but anticipated being in Moab to volunteer for the Moab 240. However since I did R2R2R and spent way too much there, I couldn’t afford the time off to volunteer for four days like I had planned. I was scheduled to work the day of the Corner Canyon race, but not until 2:30… I could do this. So I signed up.

A newish race about 7 years old. It’s a charity race raising money for people with major medical issues. I figured it must be easier so that more people can run it. Nope. It was a genuinely challenging course. There was plenty of easy flat runnable sections with crazy steep climbing sections mixed in. There were a few out and backs, but too much repetition. There were some nice views throughout the race. 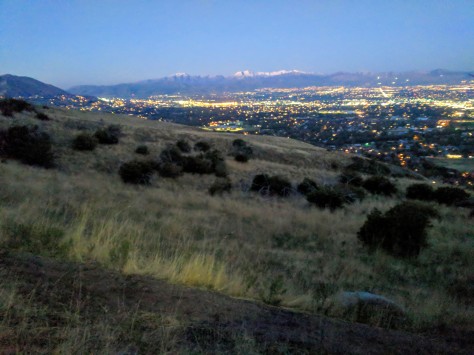 Temps were pretty dang good. The start was a bit cold, but not too cold. The start was the usual mix of excitement and mild dread about the many hours ahead. My goal for the race was to push myself harder than usual. That meant less walking and running at a faster pace. I wanted to see if I could actually finish in Ultrasignup’s predicted time of 6:51. Since I didn’t know anyone running, I could just chug along without much distraction. 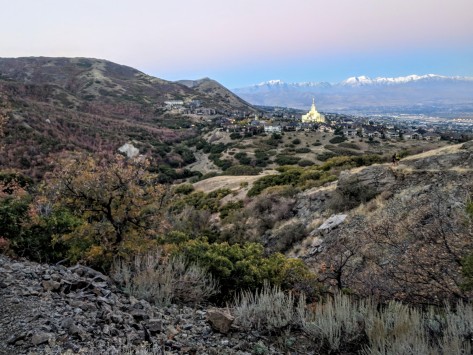 Running hard has become a foreign concept to me. My usual mentality is to run slow so that I don’t get my heart rate too high and then get tired. It was hard to break out of my comfort zone and force myself to work harder, but I did. Just not smartly. 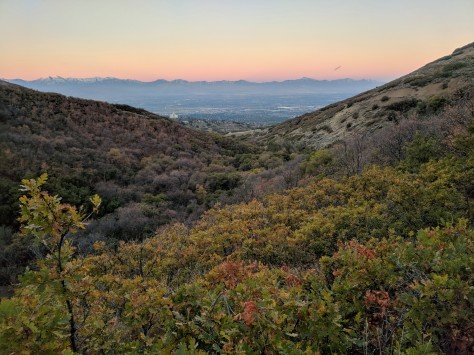 I ran hard straight out the gate. I felt great for the first few hours, but then unsurprisingly, began to fade around mile 23 -24. And then there were some major hills to contend with. Normally, I love crazy steep hills. But being calorie deprived made it really tough. I was plodding along step by step. I chose not to use poles, and even though it was tough, I still think it was the right choice. 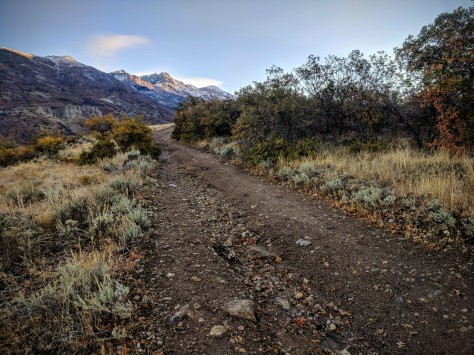 There was a “short” out and back section where we had to run to the turnaround point and mark our bib with the Sharpie there. From where I stood when the volunteer directed me, it looked to be just an extra hill. He informed me that it was past that. He told me a distance which I heard as .3 or three tenths of a mile. 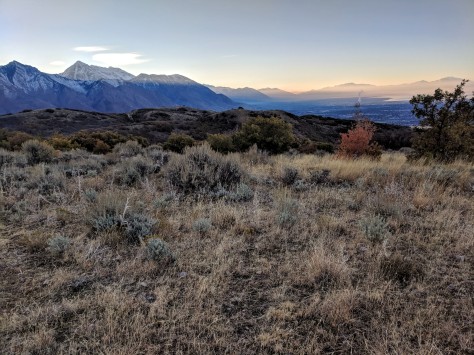 So I run up to this hill, and then down the backside. I’m following the guy in front of me and he’s going up another hill. Get up over to that one, and I can see more runners… and more hills. This is the longest .3 miles of my life! 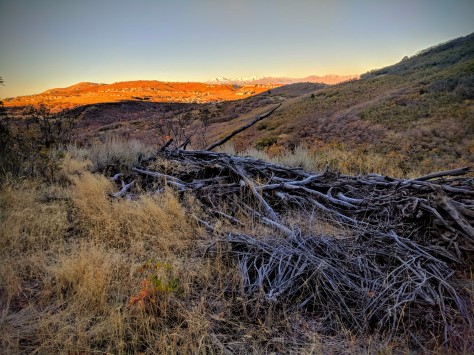 I tried to disassociate myself from my current struggle by pretending I was FutureSelf. Futureself had the pleasure of being finished with the struggle and looking back to tell PastSelf that it would soon be over. This is a newish strategy for me, and I imagine I’ll have to rely on it heavily during the Franklins. 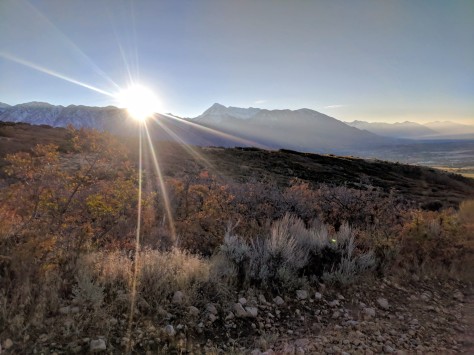 Finally I make it to the turnaround spot and grabbed the maroon Sharpie to mark my bib. I contemplated writing “Bitches I made it!” but settled for something less offensive. 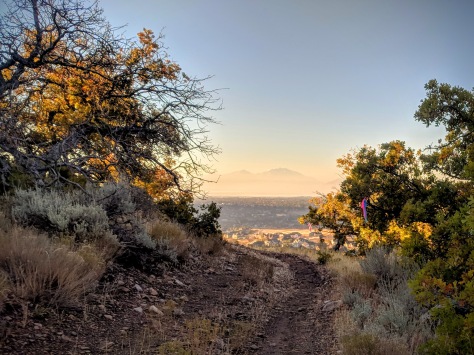 The return trip was quicker, but not by much. Everyone coming the opposite direction looked strong. Even though they were behind me, I knew I was going to get passed. 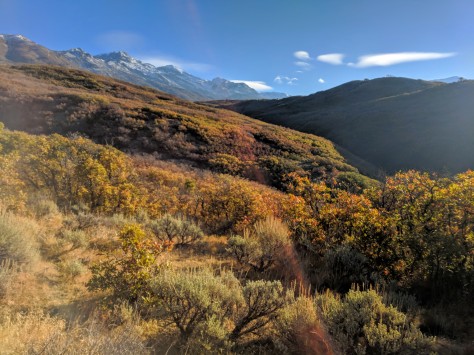 I questioned the volunteer about the distance because it seemed further than it should have been. He said it was “three quarters of a mile.” (And that might have been each way.) I guess the “point three” that I thought I heard was wishful thinking. 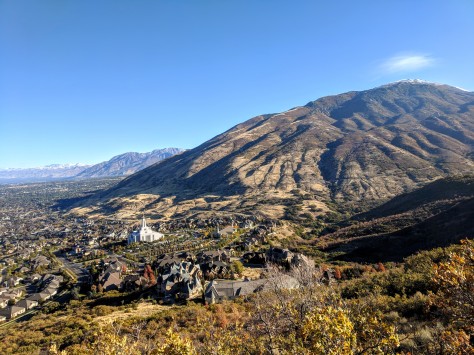 Here a couple guys I had been leapfrogging finally left me in the dust. I was really hoping I could catch them at the end, but no luck. I wonder if they thought to themselves “oh that guy’s going out too fast. I’ll catch him later.” I hate being that guy. 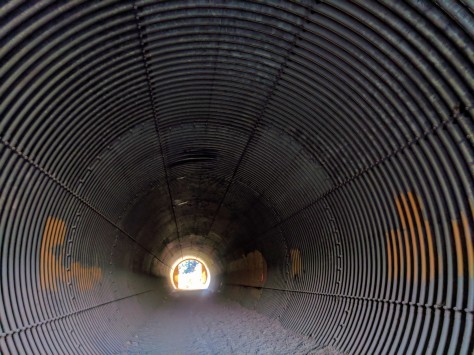 At the next two aid stations, I forced myself to eat more. While standing there nibbling on whatever, I stared at the table in a daze, wondering what else I could tolerate. Two women passed me during my calorie contemplation. 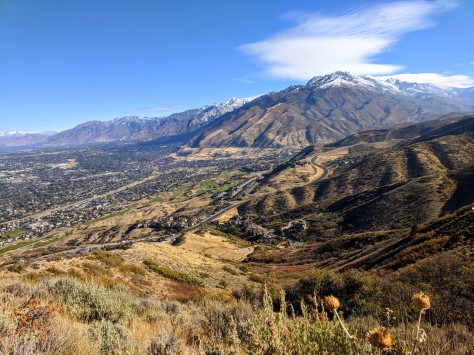 Eating perked me up energy wise and started moving better. Finally my mental game picked up, which was great because from the last aid station, it was only three more miles. PresentMe took over and pushed hard for the finish. I didn’t catch those guys, which was a little disappointing, but NBD. 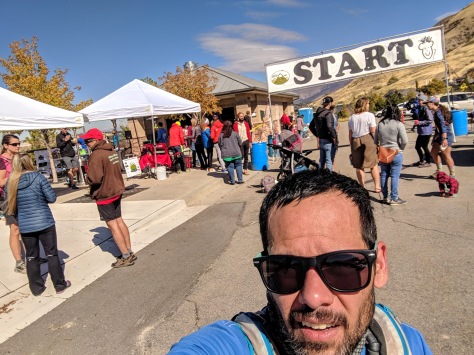